The Haus des Lehrers was built on Berlin's Alexanderplatz between 1961 and 1964, together with the domed Kongresshalle as a separate event space. Heavily influenced by the ideas of the Bauhaus movement since his youth, architect Hermann Henselmann designed the 12-storey structure around a box form, a typical solution for the skyscraper architecture of post-war modernism. On the building's facade stands a monumental, multicoloured frieze by Walter Womacka reminiscent of contemporary Mexican murals.

The former Kongresshalle, now known as the bcc, attracts the eye with its transparent, clear design and many interesting architectural details. Its glistening aluminium dome can be seen from far, and the building's foyer provides visitors with an unobstructed view of the Berlin cityscape. The combination of the present-day bcc and the adjacent Haus des Lehrers forms an intense architectural ensemble on Alexanderplatz. 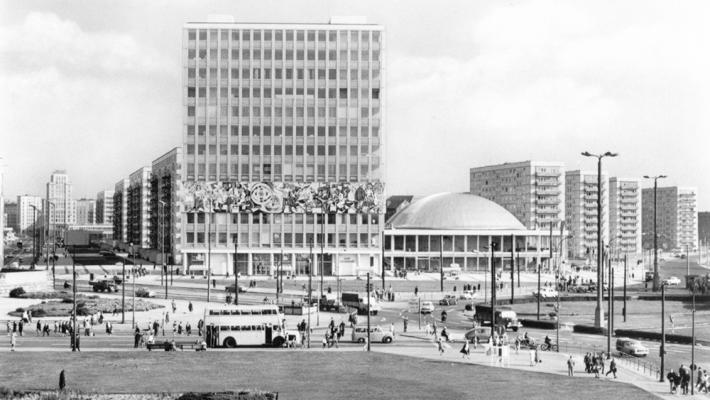 Other projects (short list):
- Television Tower at Alexanderplatz
- Hochhaus at Weberwiese
- Towers at Frankfurter Tor
- Block A at Strausberger Platz 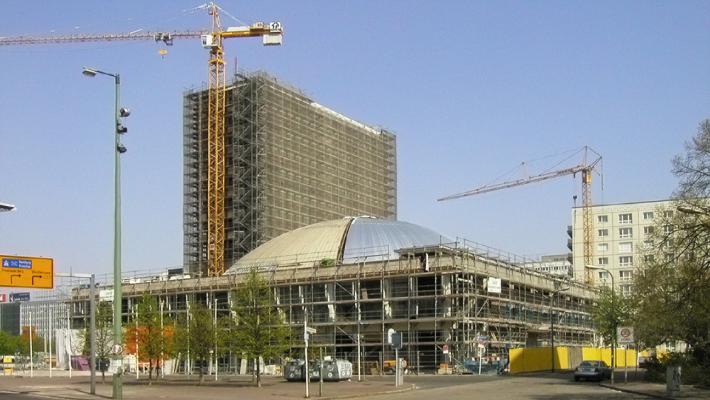 born in 1963
1983-1988: Student at the Hochschule für Architektur und Bauwesen Weimar (today: Bauhaus-Universität Weimar)
2001: Founds the company Dahm Architekten und Ingenieure
2002-2004: The building ensemble Haus des Lehrers is renovated and modernized under the direction of the Berlin architect Kerk-Oliver Dahm. The bcc takes over the part of the building referred to as the Kongresshalle.